In order to protect the inner port from erosion by waves, rock armour was installed to provide the protection. The design called for a geotextile filter underneath the rock armour that would withstand the harsh conditions and placement of rock armour.
Also, there was a need to keep the stand-in time of the pontoon as low as possible during the installation.

During the project, Jan De Nul cooperated with BontexGeo to supply and install the nonwoven geotextile filter. In total, BontexGeo supplied 250.000 m² of nonwoven geotextile.
The nonwoven geotextiles selected for this project were SNW type nonwovens as these products offer, next to excellent hydraulic characteristics, an optimal combination of strength and elongation. This results in a high energy index, allowing absorption of possible installation damage.
The geotextile filter provides the long term stability of the rock armour layer in the long term, as it avoids fine sand particles to be washed away from behind/underneath the rock armour layer. As such, the stability is maintained as shifts or subsidence are prevented.

In order to lower the stand-in time of the pontoon during the installation, BontexGeo produced large panels of 15m wide. This was done by stitching together 5m wide rolls in the finishing department of BontexGeo.
By doing this, installation on the water could take place a lot quicker compared to standard 5m wide nonwoven product and a big cost saving was realized. 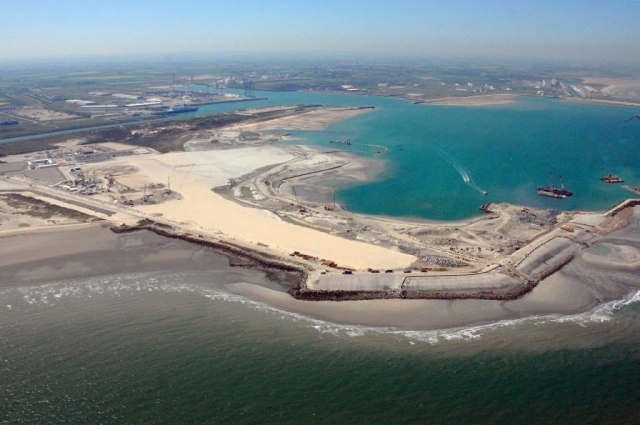 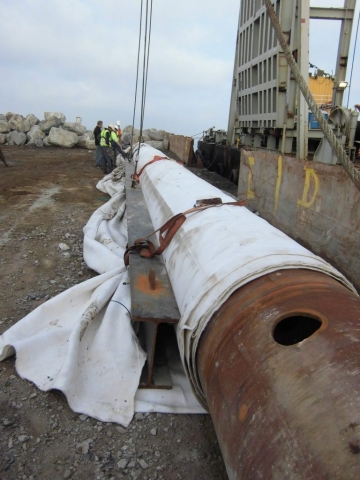 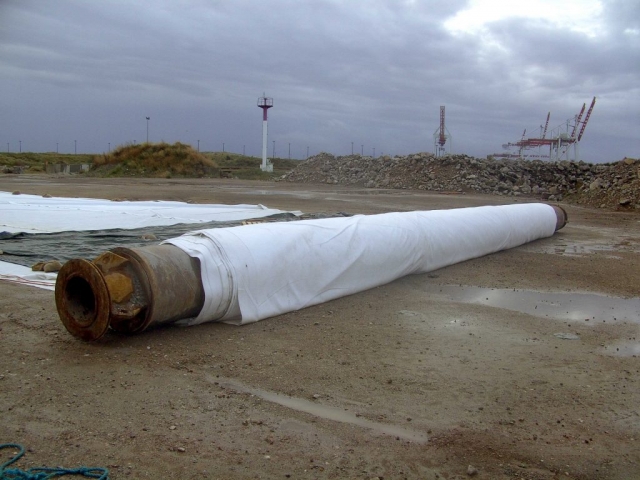 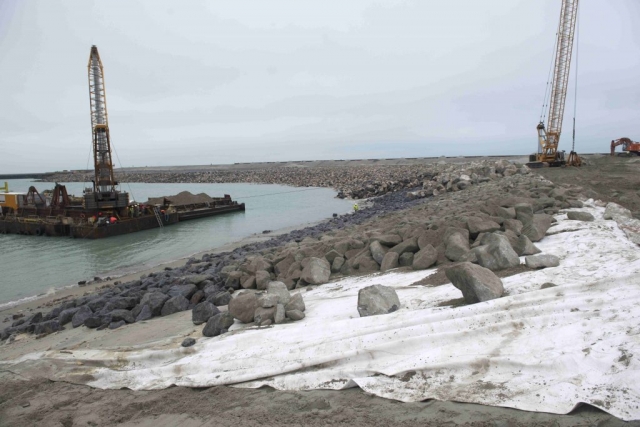 Different types of SNW nonwoven were used depending on the class of rock armour used.

Would you like to know more how we can help you in your project? Get in touch with us through the form below.